5 Pour Over Coffee Stands That Will Twist Your Brain 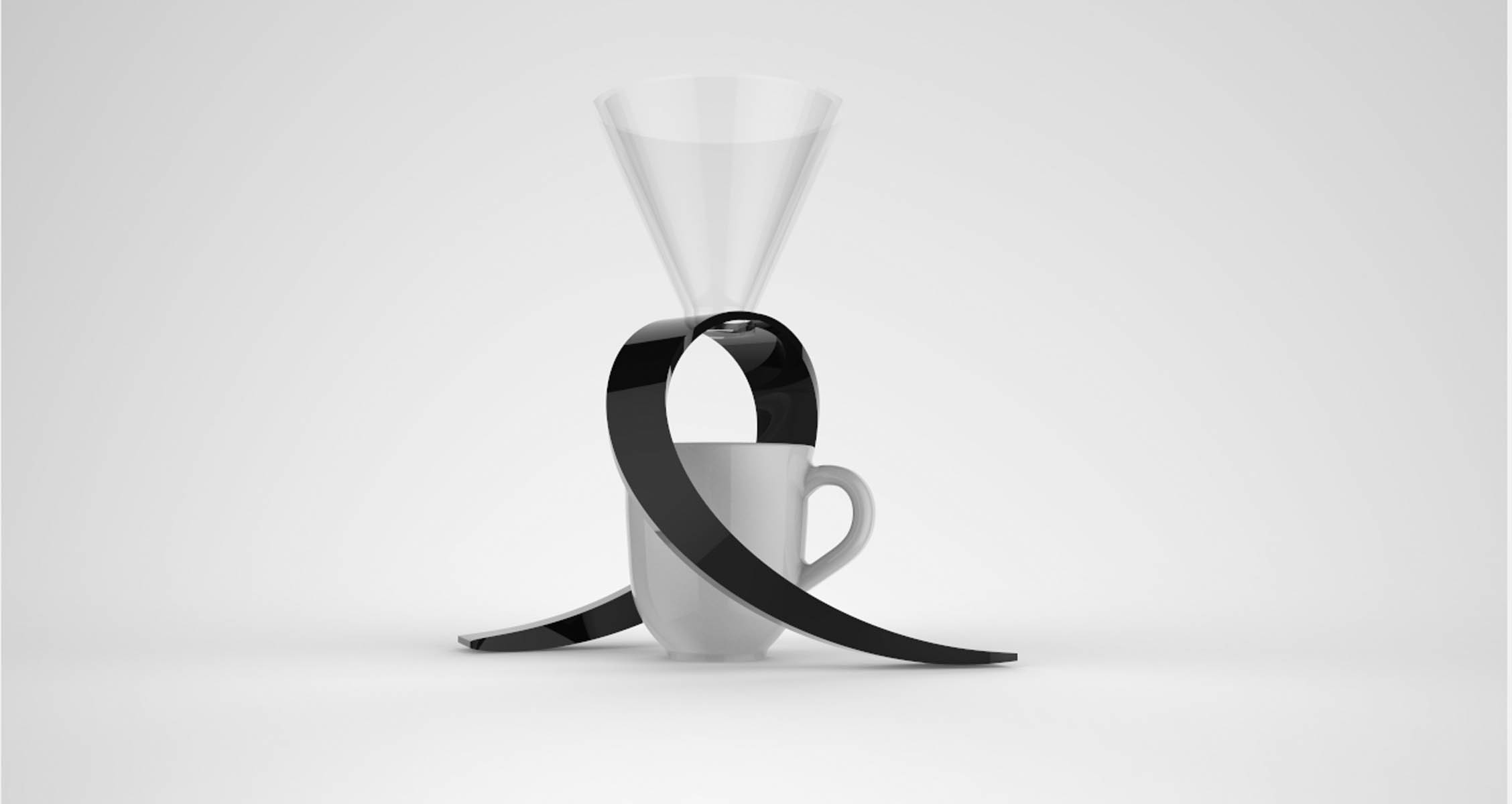 What if you could make products without using injection molds? You would save tens of thousands of dollars on molds and could shave months off new product development time.

This was the thought we had while we were in the middle of tooling for the Handground Precision Coffee Grinder. Our manufacturing partner had just informed us that there was a delay with the tool making factory and due to the timing with Chinese New Year, our schedule would be pushed back two months.

This frustration led us to start thinking about ways to avoid the lengthy and costly tool making process. We worked with several 3D printing companies to prototype components during the development Handground and were surprised by the quality and strength of the printed parts. The downside to 3D printing was it had a high cost and a long lead time to produce parts. Our first prototype grinder cost over $1000 to make with 3D printed and custom components.

Yet the idea was too tempting to not think about. If we could use 3D printers in production instead of plastic injection molds, we would be able to produce an infinite number of unique products and designs with one machine. The brainstorming session began.

We wanted to identify a product in the coffee space that didn’t have moving components, could fit within the 8” by 10” size of a 3D printer's build plate, didn’t come into contact with food or hot water and would benefit from a variety of different designs. After evaluating several different ideas, we arrived at the idea of 3D printing pour over stands as the option with the most factors in its favor.

Our philosophy has always been to challenge our assumptions as early as possible so we made a list of the key assumptions that would need testing.

The first assumption we tested was the technical question of whether a 3D printed stand could withstand the weight and heat during the coffee brewing process. To do this we designed a stand, the Voronoi shown above, and arranged for it to be 3D printed from a startup called Voodoo Manufacturing.

Voodoo uses consumer grade Makerbot 3D printers and are able to offer prints at a fraction of the cost compared to commercial 3D printers like those used at Shapeways. Voodoo's website claims that they ship orders next business day, however due to questions about the model, weekends and shipping times it took 7-10 days for our orders to arrive.

When the stand did arrive we put it to the test and it passed with no problems. A rare occurrence during the product development process.

While the cost and speed of Voodoo was lower than Shapeways, it was still too high of a price to be able to resell the stands. We began to research 3D printers, material prices and print times. Our math showed that if we printed the parts ourselves we could do it for 1/10th the cost of Voodoo.

Developing our own 3D printing capabilities in house would increase our workload and have higher initial capital investment to buy the printers. But it would allow us to produce the stands at a cost that would work for our community and be able to cut down the design iteration time from 7-10 days to a few hours.

The final assumption we had to test was whether people would be interested in buying 3D printed pour over stands. In a couple days we modeled five different concepts for pour over stands and created renderings of each of them. By presenting several different concepts we hoped to uncover the pros and cons of each design. This could then help us develop a series of constraints that need to be considered for all future pour over designs.

Once the renderings were done we designed a survey that would be sent out to Team Handground. The first half of the survey didn’t show any of the renderings, instead it asked questions about why people choose to use the pour over brew method and what equipment they currently use.

We then dove deeper and asked about the pros and cons of each piece of equipment and why they purchased it. This helped us understand the current market and the factors that lead to purchasing decisions.

We published the results of the first half of the survey in the article: Why Is Pour Over Coffee Exploding and What Brands Are Leading The Revolution?

The rest of this article contains the results of the second half of the survey. The purpose of these questions was to gather information about our third assumption, people will want to purchase 3D printed pour over stands.

Survey Structure for Pour Over Concepts

We asked the two questions above for for each of the five pour over concepts. In the sections below you will see the following for each concept:

“Good design is as little as possible” was the thought we had in mind when modeling this concept. We started with a C shaped sketch and then swept the sketch line with a flat oval T-spline.

The flared top edges appeared naturally and we then flattened the base to provide a level surface for placing a cup. The space on the back is perfect for a logo and 3D printing will enable us to customize the logo for individual orders.

The inspiration for this design came from playing with a strip of paper. When starting a new design one of our favorite things to do is make a prototype out of cardboard, aluminum foil or in this case, paper.

As we twisted the strip of paper in different ways we could imagine where the coffee cup and filter cone would go. This method helps to create shapes that are simple and natural.

This was the first concept for a 3D printed pour over stand that we designed and printed. We wanted to do something that was simple, unique and could only be produced with a 3D printer.  After modeling the outline of the stand we used a Voronoi generator script Github Link to create the Voronoi pattern.

The original goal for this design was to make an infinity loop where the top loop would support the cone and the bottom half of the loop would provide the base for the coffee cup. One thing led to another and we ended up with this funky, mind bending design.

This design was inspired by a 3D printed geometric lampshade and ended up resembling a modern teepee. It holds the funnel at a high point to create clearance for taller cups. Ironically this design came in last place and was also the quickest to model, only taking 20 min to complete.

Lessons For Pour Over Stand Designers

When analyzing the results we saw several themes that came up across all of the different concepts. These are the core constraints that any pour over stand designer should consider in the design process.

As we looked at these results the Latin maxim “De gustibus non est disputandum” came to mind. It translates to “In matters of taste, there can be no disputes" and I think that is represented in the reactions we saw to the concept stands.

While some stands were more generally appealing to the entire audience, each stand resonated with at least a few people in such a way that their first reaction was Love. When it comes to taste, everyone’s subjective personal opinions are their own and can not be right or wrong.

This is what excites us so much about 3D printing. We will no longer be forced to choose one design that must appeal to a mass audience and can instead produce a variety of designs that strike a deeper aesthetic cord.

This is especially interesting because we learned in the first half of the survey that “aesthetics” is the number one reason why people choose to use a pour over stand and the most important feature they consider when purchasing one.

The next step in the process is to begin prototyping the stands and sending them out for beta testing. You can sign up to be a beta tester by visiting this link: Beta Tester Sign Up

Product Development
5 Pour Over Coffee Stands That Will Twist Your Brain
Why is pour over coffee exploding and what brands are leading the revolution?
Best Manual Coffee Grinder: A Quest by Thousands of Coffee Enthusiasts