Coffee Chemistry Made Simple: A Look at What Happens Inside the Bean 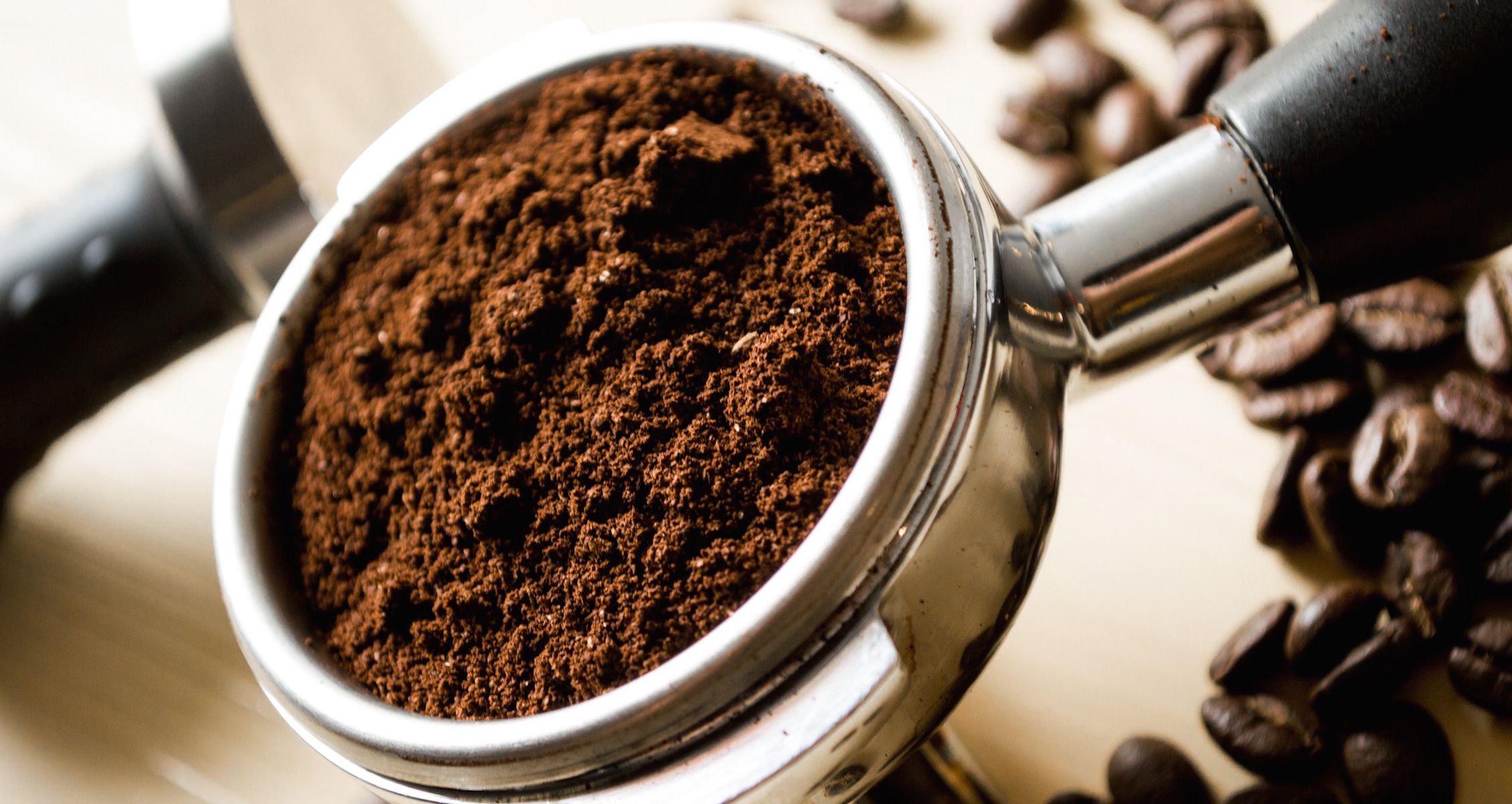 Team Handground
What is really happening when you grind your coffee?

More likely than not, the coffee you drank this morning is some of the most flavorful and delicious coffee ever consumed.

Think about that. Imagine eating the best steak in history, or drinking the finest wine ever created.

For coffee lovers, this is a reality today. Coffee professionals along the supply chain are devoting more time, attention, and science to the creation of amazing coffee. And lucky for us, the best coffee in history is likely to get better for the foreseeable future.

This coffee renaissance is following what can arguably be considered the darkest age of coffee (no dark roasts pun intended). For the better part of a century, coffee was burned, commoditized, and pedaled to consumers with clever marketing and mascots. What is now called the “First Wave” of coffee, this era still influences our coffee culture today more than we’d like to admit. One of its nagging legacies (and in its day, a sign of technical innovation) is pre-ground coffee: vacuum-sealed coffee dust that gets stocked away on the shelves of supermarkets for months on end.

Now though, more than half of coffee consumed in the United States is considered “specialty”. We know the value of whole bean coffee, ground fresh before use, and we have plenty of anecdotal and experiential evidence to back this up. But what’s actually happening when you grind your coffee? An impressive string of chemical reactions makes your coffee grinder not just a luxury, but a necessity if you want better coffee.

What happens when coffee is roasted?

To understand why coffee grinding is so important to your morning routine, we must first look at the chemical reactions that occur when coffee is roasted.

When coffee beans are introduced to the heat of the roaster, amino acids and sugars combine and begin a profusion of reactions that ultimately create the smell, taste, and color of the coffee. This is called the Maillard Reaction and is found in almost all cooking. The coffee bean itself is primarily composed of pollysaccarides, or sugars, but also contains proteins, lipids, and minerals. The seed’s job is to provide nutrition to the coffee embryo, so that it may one day germinate. These sugars, proteins, lipids, and minerals are the building blocks for the roasting process.

The Maillard Reaction is responsible for turning a few dozen compounds inside the coffee bean into hundreds, even thousands of aromatic compounds that make up the unique flavors of coffee. These compounds include the organic acids (citric, acetic, and malic acids to name a few) that give coffee its brightness. Other compounds like aldehydes, furans, and pyrazines give coffees their range of flavors like sweet, earthy, caramel, butterscotch.

Caffeic acid is created when chlorogenic acids (CGAs) inside the green bean break down under the heat of the roaster.

Melanoidins are primarily responsible for the “brown” color of roasted coffee, but have also been recently discovered to hold powerful antioxidant, anti-inflammatory, and antimicrobial properties.

Once a coffee is roasted, is it immediately under attack by its environment.Heat, moisture, and other aroma can change the flavor of the coffee, but one of the greatest factors in coffee staling is oxygen.

Oxygen, for all its life-giving value, is a destructive force in nature. Why did your old bike rust away in the yard? Why did the Statue of Liberty turn green? Why did your fruit go bad after sitting in your lunchbox for 3 days? Oxygen is the root of these misfortunes.

When certain materials (particularly certain metals and most organic matter) come into contact with oxygen, it will react in a way that alters its molecular makeup.

Oxidation is the process of oxygen pulling away electrons from another molecule. These molecules, with an uneven number of electrons, become unstable and begin reacting with other molecules around them. Called free radicals, these volatile compounds are the root cause of browning, aging, rusting, and in the coffee world, staling.

The Scientific American provides a great analogy: Think about what happens to an apple once you slice it open. The fruit, previously protected by a waxy skin, quickly turns brown when exposed to the environment. As volatile compounds react with molecules around them, the molecular structure of the apple begins to brown and decay. The same thing happens to coffee, especially after grinding.

After coffee is roasted, you are in a race against time and oxygen. The effects of oxidation are exponentially increased by grinding. According to CoffeeChemisty.com

and the SCAA Brewing Handbook, a coffee bean’s surface area increases by over 10,000 times when ground for espresso.

What does this mean for your coffee?

Carbon Dioxide, created during the roasting process and stored inside the bean, slowly emanates from the bean after roasting. This release of CO2 slows the effects of oxidation. After grinding, CO2 will dissipate within minutes.

2. Loss of Aroma and Flavor

The coffee’s delicate aroma and flavor compounds are protected by the bean itself. Some of these compounds are encapsulated inside carbohydrates and proteins, and only released when disturbed. Even as whole bean, coffee loses these aromatic compounds to dissipation and oxidation over the course of several weeks. Once ground, these compounds begin to oxidize immediately, and unfortunately, the most fragrant compounds are also the most susceptible.

Paul Songer of Black Bear Coffee, who reprinted an SCAA article on his company blog, says that, “The first compounds to be released are the sweet-smelling aldehydes, closely followed by the buttery aromas. Next, the earthy pyrazines take their leave.”

As aldehydes continue to oxidize, Songer said, they create a new set of pungent compounds, which then mix with sulfur compounds to create a green pea and ash aroma. Yum.

Research is still being conducted to understand the full health benefits of antioxidants in coffee. However, at least one antioxidant-- the phenol compound, caffeic acid--  is susceptible to oxidation.

Almost as important as fresh grinding coffee is the consistency of the grinding. In fact, a series of blind taste tests compared pre-ground coffee to fresh coffee ground with an inconsistent blade grinder, and results were pretty much inconclusive. How can this be?

According to research conducted in the 1960’s by the Coffee Brewing Institute, coffee is about 30% soluble by weight. That means about 70% of the bean is insoluble organic matter. Despite 30% of the bean being soluble, you don’t want it all to dissolve into your coffee.

The Coffee Brewing Institute created a coffee brewing chart which illustrates the balance between coffee strength and extraction. According to this chart, extracting anything less than 18% of the coffee and more than 24% can yield unwanted flavors. Under-extracted coffee can taste sour and tea-like, while over-extracted coffee turns bitter. The more inconsistent your grind, the more likely you’ll be to under- or over-extract certain coffee grounds.

Now imagine that you had to eat a small, burnt cookie along with every normal-size cookie. How would this taste? The same thing happens in your coffee mug if you have an inconsistent grind. The overcooked grounds make the entire mug bitter while the undercooked grounds leave it weak and sour.

While there’s very little debate about the merits of coffee grinding, many people are naive to the fact that a good coffee grinder is the key to better coffee. The data above supports this claim and helps us identify some of the key tenants for brewing better coffee:

1. Use freshly roasted coffee to capture the best flavor compounds

2. Grind immediately before brewing to keep oxidation at bay

3. Make sure your grind is as consistent as possible to avoid over- and under-extracted grounds

One final tenant we could add has nothing to do with the chemistry, but the humanity of coffee: Never forget about the people whose lives depend on the drink you enjoy. Cheers.

Coffee Grinding
What Is the Best Type of Coffee Grinder? Blade or Burr
5 Reasons Why a Hand Coffee Grinder is Right for You
Coffee Chemistry Made Simple: A Look at What Happens Inside the Bean