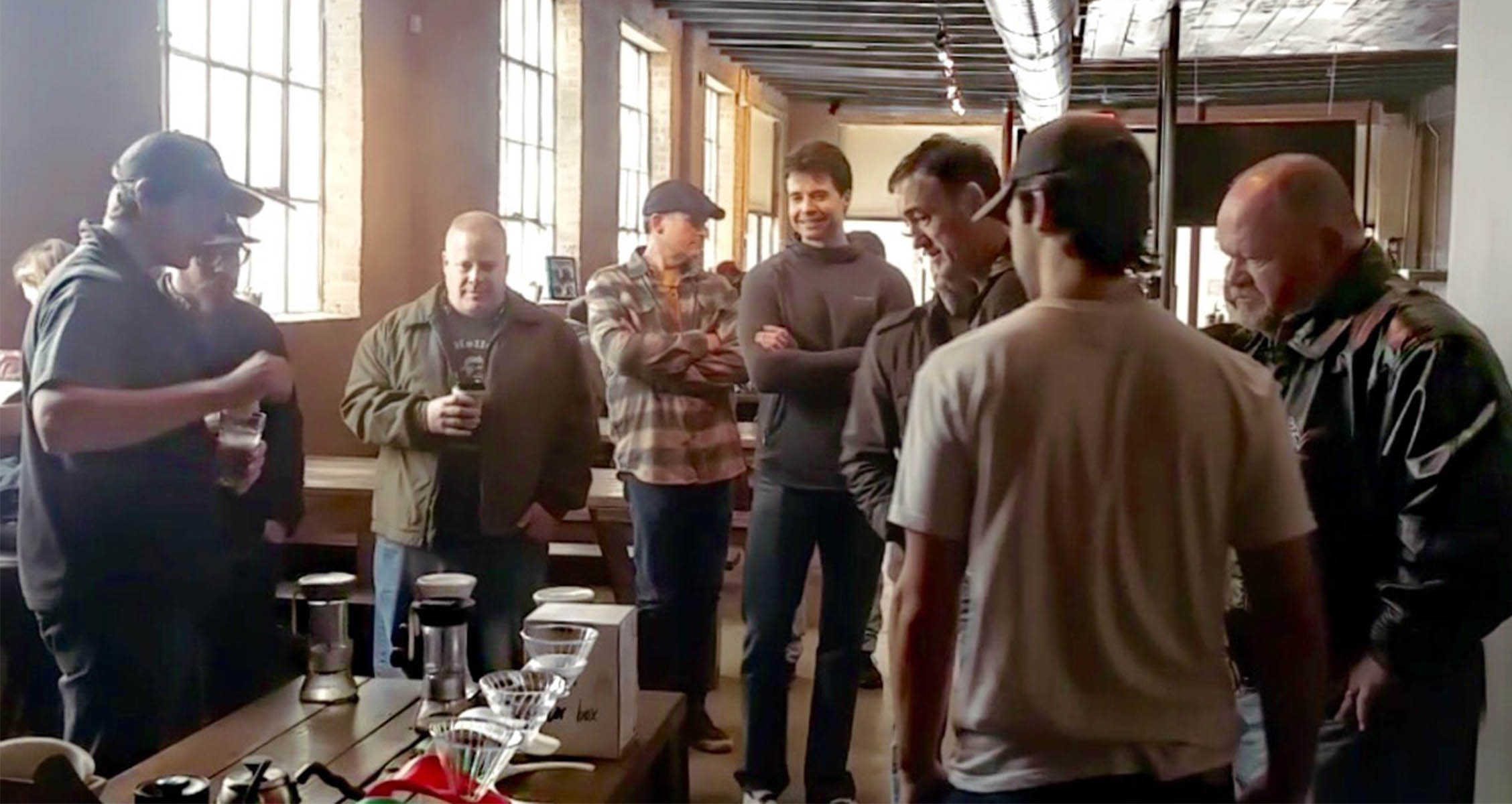 The Handground factory team was able to run a second batch of samples (T2) and send them to us before heading home for Chinese New Year. The samples just arrived and are looking even better than the first samples (T1).

1. The hopper is now super clear, whereas in the T1 sample came out foggy because the injection mold needed to be polished.

2. The bushing in the hopper is now silver and less noticeable than the yellow bushing in T1.

Our factory team should be back at the end of February. Our plan is to do a small initial production run which will be used for extensive testing and to send units to a company that tests and certifies products to make sure they are in compliance with regulatory standards around the world.

The focus here is to make sure that the factory team is prepared for the full production run. It is a safety check that all materials and tools are present and ready to go, and that assembly is being done correctly and quality control guidelines are being met from injection molding to packaging.

Full production will commence once we approve the sample run. Production should take the remainder of March, with ocean shipping taking the majority of April and local shipping to you in May. This timeline has not changed since the last update.

The tooling for the burrs is finished but the ceramic factory shut down the large kiln that is used to dry the ceramic a week before CNY, so they were unable to send out samples before CNY started. The team should be back at the end of February and will make samples once the kiln is hot and ready to go.

We spent a lot of time and resources to design the burr for Handground. Our goal is to find the optimum balance between the torque required to turn the handle and the number of revolutions, or speed, that it takes to grind while maintaining grind consistency. We can move from one end of the spectrum to the other by changing the angles of the cutting teeth.

An aggressive pattern reduces the number of revolutions so grinding is faster but it increases the torque. This can be a problem especially with light roasts or stale beans where it takes so much force to turn the handle that it becomes more of a workout than a pleasant grinding experience.

On the other hand if the teeth are not aggressive enough it is effortless to turn the handle but it takes an absurd number of revolutions to grind enough beans to make a cup of coffee.

We attached a digital torque meter to the grinder to record the torque profile of each revision we made to the burr design. The digital meter reads out in real time so we recorded the peak torque for each revolution and then were able to analyze the averages and distribution of each torque profile. This helped us understand how the changes we made to the burr geometry were translating into differences in the required torque.

From our testing we found a design that requires an average of 1.1 Newton/meters of torque is the sweet spot of speed and force required to turn the handle. In more relatable terms, this means it will take ~70 revolutions for 10g of beans at setting 4 on the grinder (medium grind).

During the design process we used 3D printing, direct metal laser sintering and CNC milling to produce prototypes with which we could run tests. Each prototyping process has pros and cons but we consistently ran into a problem with the prototypes not being able to accurately replicate some parts of the burr geometry on the fine cutting teeth at the base of the burr. We were able to overcome this by hand finishing the prototypes with extra fine cutting wheels but we knew that this process wasn't 100% accurate.

It's safe to say we now have a much greater respect for the difference 100 microns (1/10th of 1 millimeter) can make to the performance of a burr.

After dozens of iterations we felt confident we reached a design that was the right balance of speed and torque. Yet as an extra precaution we decided to have molds created for our top 2 designs. The cost for tooling the burr is relatively low and this will give us the opportunity to test both designs in their final form and material and choose the one that performs best.

Below are pictures of some of the sample prototypes we have had made along with pictures of the tooling molds for the ceramic burrs.

We hosted a get together last weekend at a new local coffee shop in Dallas, Texas and brought the new pilot run samples with us. This was a chance for backers to come and meet the Handground team, grind with the sample grinder, and test out our new 3D printed pour over stand concepts. It was really great to get to meet some of you over a cup of coffee and to see everyone interacting with the grinder. The video above contains footage of the event and two attendees who volunteered to give their feedback of the grinder.

While we are waiting for the team in Shanghai to return we are finishing up the instruction manual that will be included in the box, doing final revisions to the brew guide fridge magnet and doing a logistics test. We have already encountered a lot of unknown unknowns (forms, taxes, registrations, bonds) during the process to ocean freight the bamboo racks to the US. The good news is that all of the hurdles we are overcoming now should help eliminate speed bumps when we are transporting Handground. The bamboo racks have landed in LAX and are on their way to our fulfillment facility.