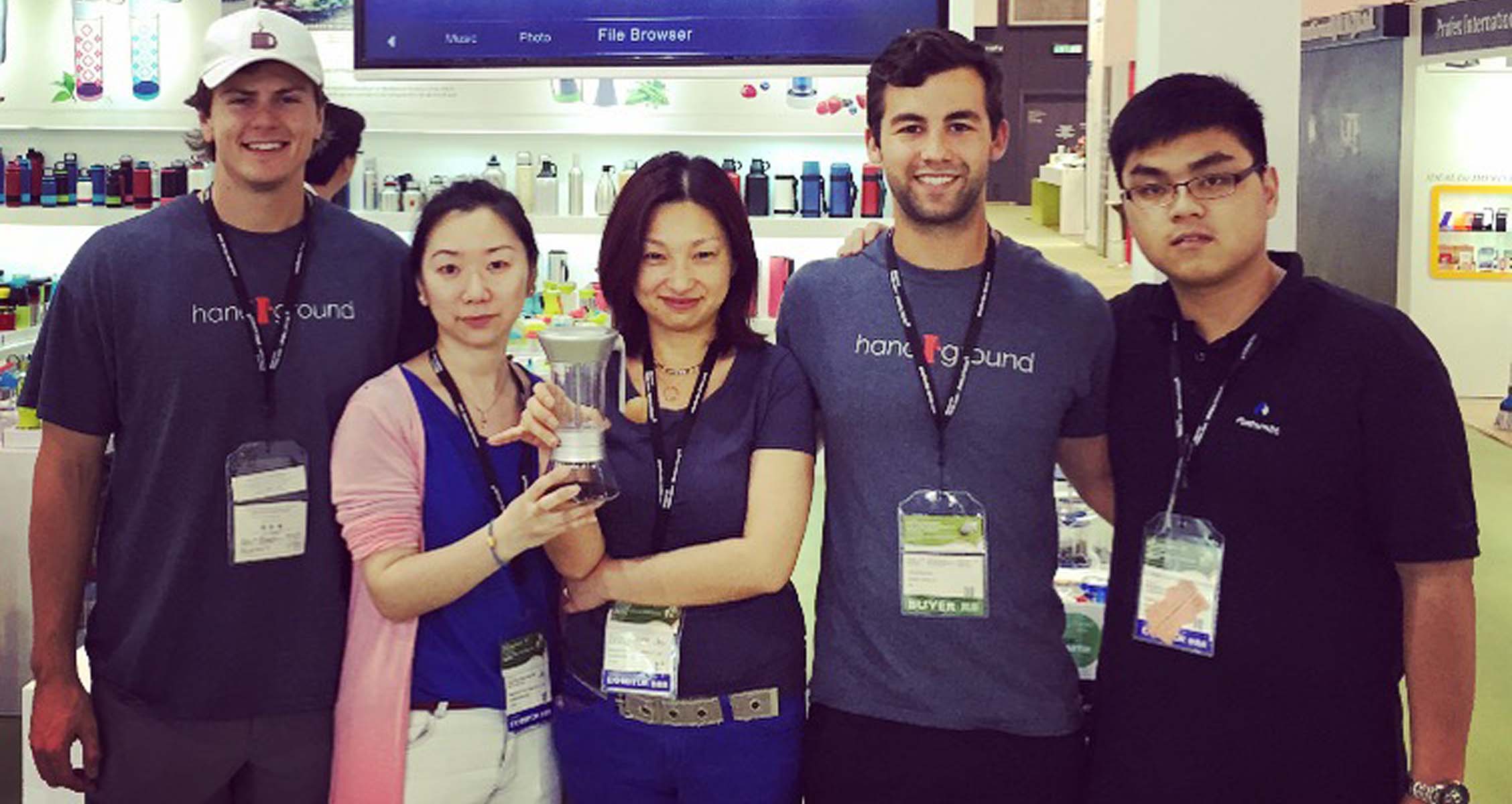 The last few weeks have been very busy and full of travel. This update goes over where we've been, what we've accomplished and there are a couple items at the end that we would love your help with. We are planning a separate engineering update later this week to go over the details of product development.

This was our first time attending the annual SCAA event and it was unlike anything we have experienced before. It was incredible to see people representing every step of the coffee supply chain from the farmers, to the industrial coffee processing machines and all the way to the baristas who serve the resulting delicious cups of coffee.

Thank you to everyone who stopped and said hello during the event! Brandon and I had a fantastic time visiting all of the booths and wandering the show room floor running into backers and members of Team Handground. We spent the whole trip home brainstorming ideas for SCAA 2016 in Atlanta and already reserved our booth.

Here's a recap of our favorite coffee products from the show that also started on Kickstarter:

Acaia Lunar - Rex and the team at Acaia knocked it out of the park with the Acaia Lunar. The new mini scale is built to be barista proof and we saw it put to the test. The guys at LaMarzocco were pouring shots of espresso straight onto the scale and then dumped the whole thing into a tub of water and it never stopped working.

Duo by Fellow - We got to see a Duo brewer in person for the first time and were taken aback by it's beautiful construction. Jake and the Duo team spent a few extra months working to perfect the Duo's manufacturing process and it definitely paid off.

Cold Bruer - The Cold Bruer was already our favorite cold brewing device but Andy and Gabe found a way to make it even better. Be on the look out for the Bruer 2.0. They removed the handle in favor of a sleek design that thins out around the neck to act as the new grip point.

Just a week after the SCAA show, we boarded a plane bound for Hong Kong to meet the Platform88 team at the Hong Kong Housewares Trade Show. Since P88 already had a booth, we decided it was the perfect opportunity to meet the team in person and represent Handground in front of an international audience.

P88 brought two prototypes they produced to the show. Joaquin had used a 3D modeling software called Rhinoceros to make the original 3D models. The P88 engineering team uses Solidworks and had to remake the models in Solidworks before producing the two new prototypes.

The new prototypes turned out fantastic and it was extremely valuable to see them in person. After close inspection and comparing the new model to the original prototype that we built, we discovered a few measurements that were just a couple millimeters different compared to the original design. These happened when the design was translated to the new software format but it would of been near impossible to catch them from an image on the computer.

Working in the booth at the shows themselves was a valuable learning experience as we introduced Handground to people from all corners of the globe.

Beginning to Think About Distribution

Since the Kickstarter campaign was fully funded our focus has been devoted to finishing the tooling and engineering required to begin production of Handground. While we have been working on that, distributors of all shapes and sizes have approached us about selling Handground in their cafes and to their own customers.

We have not set up any distribution agreements yet because our first priority is filling the orders for our Kickstarter backers.

With that said, we are excited to begin working with distribution partners to bring Handground to coffee lovers around the world. Between the distributor backers from Kickstarter, people from the SCAA event and the shows in Asia we have an overwhelming number of options.

This is our first time to plan the distribution of a new product and we would love to hear advice from someone who has done it before. If that's you please email us at hello@handground.com

At this point in time we are asking anyone interested in distributing Handground to fill out this form so we can stay organized and reach out to you once we are ready to start forming distribution relationships. Click Here For Distribution Form

A couple weeks ago we launched a 99Designs competition for the design of the Handground Kickstarter edition T-Shirt. To our disappointment we only received 9 entries to the contest, and we weren't excited by any of them. To put it into perspective, our 99Designs contest to design Handground received 186 entries. Both contests had the same reward amount as the prize.

Our hypothesis is that we didn't provide enough details or direction for the design in the brief. We plan to relaunch the competition after we have assembled a better idea for the direction we want the T-Shirt to go.

Our Plans in Asia

We plan to stay in Asia to oversee the tool making and manufacturing process over the next couple months. At the Canton fair we met Uthen, the owner of a coffee shop just outside Chiang Mai, Thailand.

Once the next prototype is finished we will head to Shanghai to review it with Platform88. It won't be long before we're moving into tooling!