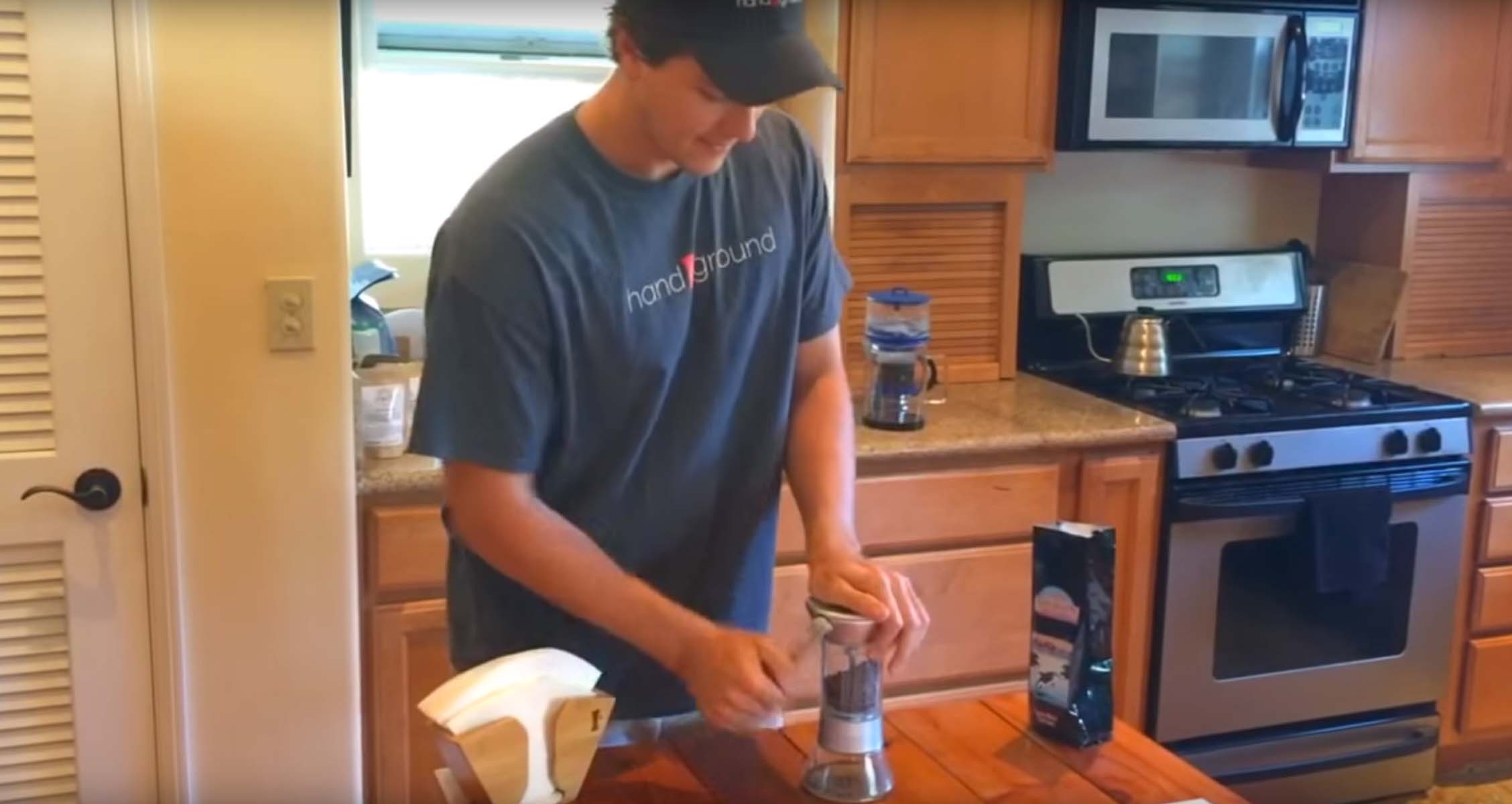 We have two really exciting things to share with you today. The first is a video of Handground in action on four different coarseness settings and the second is a video that features a new design for the top cap that makes loading beans faster and easier.

In this video Brandon demos the latest prototype of Handground on 4 different grind settings.

Highlights of this video:

- Close up of the final gear box

- Close up of the grounds

The coarseness adjustment steps are now working great and we found a spring that gives just the right amount of tactile feedback.

The coarseness adjustment ring will have the numbers 1 through 8 printed on it with 1 being the finest setting and 8 being the coarsest. Starting on 1 and a half step in between each number will give Handground a total of 15 steps.  If you are recording your setting for example, you may be grinding at setting 4.5.

Highlights of this video:

- Removed the three leg support at bottom of hopper

This video introduces a new design for the top cap that features a lid that lifts open to pour beans through the top cap and into the hopper without having to remove the entire top cap assembly.

The video above and picture below show an example prototype that we made in our garage with some old 3D printed parts after thinking about the idea. In the final design the hinge will be molded into the two pieces that make the lid and will preserve the smooth surface of the top.

The shape of the top cap acts as a funnel which is much wider than the opening of the hopper and the lid that lifts open acts as a backboard when pouring beans in.

This design will not only make loading beans faster and easier but will also solve a problem that we encountered where the top cap could become "too tight" to twist open to pour beans into the hopper.

We were able to change the location of the spring since the top cap will no longer be regularly removed. In the picture above there is a bushing with a set screw underneath the spring but on the production model the lip for the spring will be shaped into the axle.

We believe that the hopper is more aesthetically pleasing without the three legs coming up in the middle of it. This also brings us back closer to the image of the original design.

The idea for these changes arrived at just the right time. We began the tooling process on all the components for Handground except the top cap because we wanted to spend more time testing the gear box.

The gearbox works perfectly and we are now working with Platform88's engineering team to quickly prototype and test the new fast loading top cap design. This may push the delivery on the top cap injection molds back by a couple weeks.

The tshirts and bamboo racks are available to order by visiting our store: Click Here